Probably just a random stranger in your life

There is this app called LINE which is now used by so many people in my country. I’m still using this until now, but i’d never known that there is this bot thing that is official. I’ve seen that those bots can do various things such as detecting message bad words, posting photos, videos. I thought it was hard to just make this kind of thing, I google a bit and found out that to only make such thing is not that hard since there is an official API to make such thing. Now that I can make it easily, I want to make something that is harder to make, so I decided to make this bot called dambot that can plot mathematical function by sending the f(x) equation.

So basically, a user send an equation, starts with command: @dambot f(x)=... and then fill the … with a mathematical function, e.g: x^2. Then the message is sent to the server, the server will draw the image based on the equation and send the image back to the user. 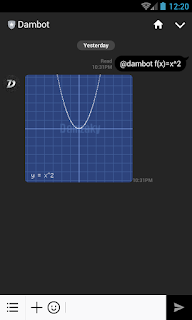 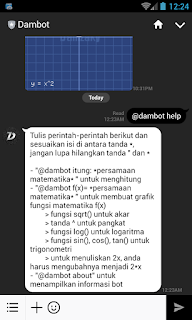 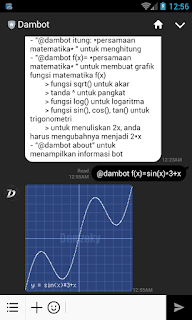 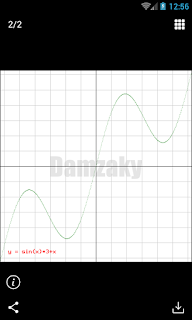